The idea is as old as the NT itself. What if Jesus was not the Messiah but a false prophet?

As is well known, the Jews have exactly this opinion about Jesus.
But what if Jesus was not only an impostor but Lucifer in person? Wouldn’t it be the most cunning deception ‚Satan‘ could perform? Declaring to be the incarnate God, the savior of mankind, making himself to the object of universal worship? A bold thesis, especially for devout Christians. But there are at least some hints in the bible that seemingly support this thesis.
In Isaiah 14:12 [Vulgate] we read:
quomodo cecidisti de caelo lucifer qui mane oriebaris corruisti in terram qui vulnerabas gentes
The latin term lucifer means literally ‚light bringer‘ or ‚bringer of dawn‘ and was used to name the morning star [the Venus, which is a planet of course; the term ‚evening star‘ refers also to the Venus].
Accordingly ‚lucifer‘ was mostly translated with ‚morning star‘:
How you have fallen from heaven, O morning star, son of the dawn! You have been cast down to the earth, you who once laid low the nations! [NIV 1984]
Influenced by the Enochic Judaism Isaiah 14:12-15 was interpreted within the Christian Tradition as applicable to Satan, presenting him as a fallen angel cast out of Heaven.
The interesting point is that Jesus himself stated to be the ‚morning star‘, as we can read in Revelation 22:16, the very last chapter of the bible:
I, Jesus, have sent my angel to give you this testimony for the churches. I am the Root and the Offspring of David, and the bright Morning Star*. [NIV 1984]
* stella matutina
In this light some confusing statements of Jesus might make sense. For example Luke 12:51
Do you think I came to bring peace on earth? No, I tell you, but division. [NIV 1984]
Of course the web is full of articles that refute the Lucifer-Jesus identification. I myself think that the thesis is profoundly wrong. This is the most convincing and extensive article on this that I read:
bible.org/article/lucifer-devil-isaiah-1412-kjv-argument-against-modern-translations
Those who are more intrigued by the ‚Jesus is Lucifer thesis‘ should read The Key to the Bible by Leo Panakal and Vinodh Kumar. The authors do not only state that Jesus is Satan but moreover that the God of the OT is the epitome of evilness, punishing Adam and Eve, tormenting Hiob, ordering Abraham to sacrifice his son etc. But they have in turn [as have I] a special sympathy for the serpent in the Garden of Eden. The relationship between the serpent, standing for truth and enlightenment, and God as concealer of the same, wanting Adam and Eve to be like children, might therefore be treated in one of my next blog entries.

PS: many thanks to The Church of Google.

what gleams is born but for the moment’s pages 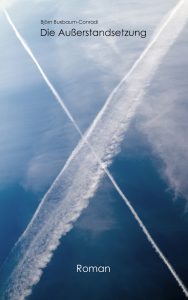